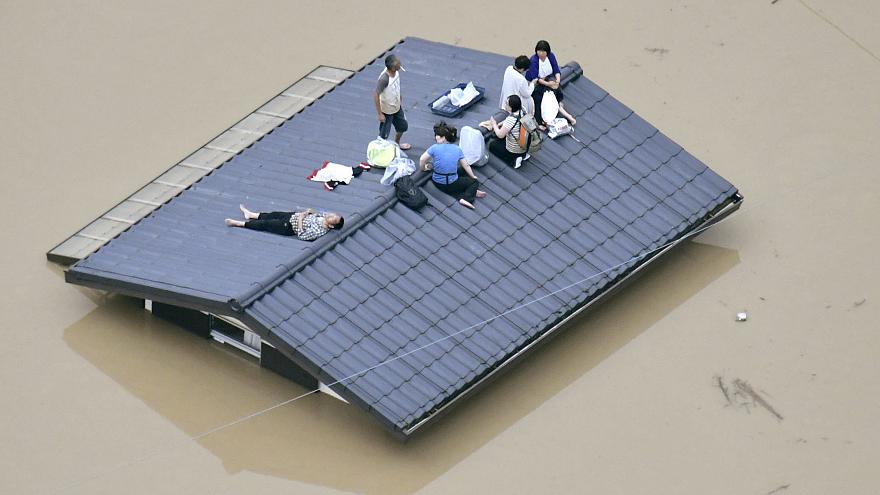 In Japan, dozens of people have died and many more are injured or missing as heavy rain continues to pour down across western and central areas. The country’s media report that more than 1.6 million people have been moved from their homes to safer areas away from the flooding and landslides. Almost 50,000 workers are responding to the emergency.

“Heavy rain will continue in the area from western to eastern Japan, and it will be historic torrential rainfall which could be the heaviest rain ever recorded,” Japan’s Chief Cabinet Secretary Yoshihide Suga told a press conference.

Hiroshima has been badly hit, turning city streets into rivers. Businesses have closed, factories have had to shut down production. One man died there when he fell off a bridge and several others were injured in a landslide. People are using whatever means they can to escape the waters including inflatable boats.